Why Are Cat Videos Easier To Share Than Medical Records? Since 2009, US spent $27 billion to digitize medical records. The cornerstone of digitization is to make health records available for patient care when needed.

In other words, the objective is to make electronic health records interoperable. This means, developing systems using common standards so that information can be exchanged without difficulty.

But as the now former President Obama remarked, “It’s proven to be harder than expected.”

The reason we can share cat videos with ease is because the system creating them (say the camera on your phone), the system uploading them (your computer), the systems distributing them (example, YouTube) and the system accessing them (say your friend’s phone via an app or browser) – all of them talk to one another.

If you so wished, you could even share those videos using 256-bit encryption security.

The underlying systems here are interoperable. More importantly, the companies behind these systems want to talk to one another. They’ve figured out ways to do so.

The healthcare industry is an altogether different story.

Once in, you are never expected to get out. In fact, your systems and data are locked-in almost permanently.

Why would you get out after spending hundreds of millions of dollars and years in implementation? But for some reason if you do need out, you would have to pay a price.

Healthcare interoperability disrupts a business model that is built on holding onto data. It suddenly says, share your gold to anyone who needs it.

Of course, none of the vendors liked it. However, the big EHR vendors faced a lot of flak in the last 2-3 years. For not sharing. For making it expensive to share.

[Read this scathing article from Mother Jones: We’ve Spent Billions to Fix Our Medical Records, and They’re Still a Mess. Here’s Why.]

It was only in December 2016 that two major industry alliances Commonwell and Carequality (led by different groups) agreed to start talking.

This agreement sets the stage for locating medical records hidden in some system somewhere. That’s the I-know-there’s-a-cat-video-on-your-phone level.

A KLAS 2016 report on interoperability notes that only 6% of providers felt it significantly benefited patient care.

KLAS definition of a home run: information received that is easily available, easy to locate, within the workflow, and beneficial to patient care.

We are still way off before making any meaningful impact on patient care.

The other interoperability issue no one is talking about

Say your surgery center uses a really old anesthesia monitor, a new infusion system, an old endoscopy machine and a new patient vitals monitor. Perhaps, you can make them talk because the cables connecting them are more or less standard (but too many). 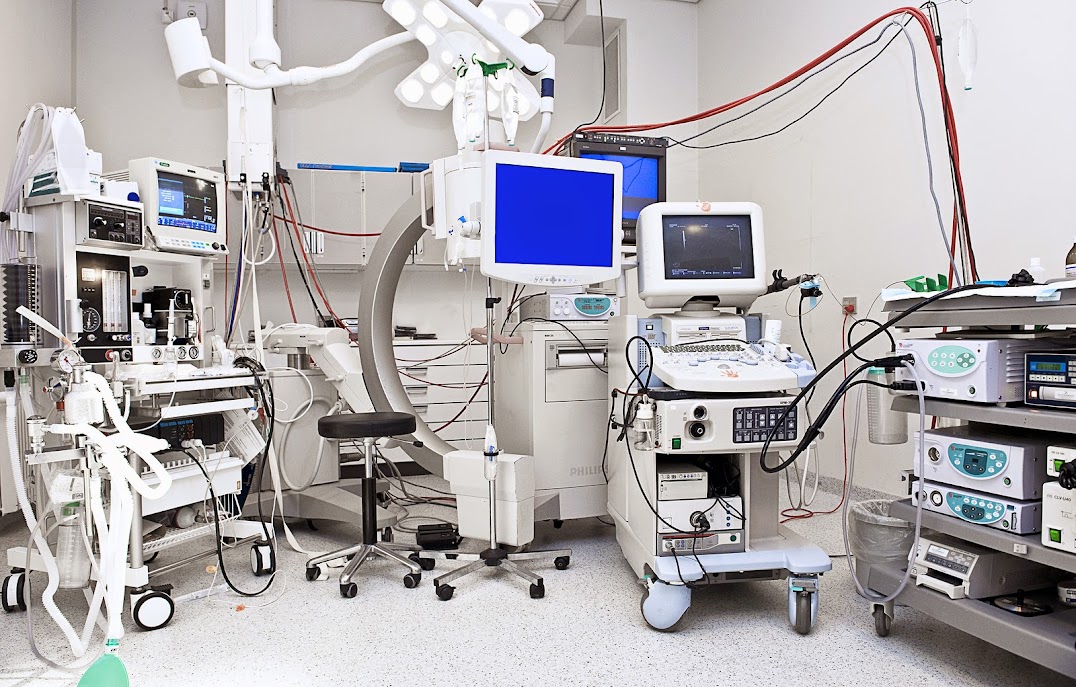 But how would you convert these semi-analog signals (think, your old TV) into digital (think, your phone) so that they can be transmitted as data via the Internet – so that eventually your doctor can access them on her mobile device?

Making medical systems interoperable is like trying to stuff a floppy disk into your phone to send a document.

There are companies that are attempting to connect various medical devices and offer these signals via a HL7 data format. This allows for accessing medical device data via an EHR.

[Aside: Read about FHIR that’s taking HL7 standards further – What is FHIR and why should you care]

GE recently said that its health cloud will connect over 2 million imaging machines worldwide (500,000 of those are made by GE). But that’s just imaging.

We are dealing with a potpourri of medical systems. Some old, some new. Plus, there are several millions of them when you consider various medical specialties.

Add to the mix the lack of business incentives to talk. There you have the other big challenge for true healthcare interoperability.

In the mean time, let’s all drink our Kool-Aid

Almost everyone in the healthcare industry says that they are in it for patient care. That sharing medical information is critical for continuity of care. That they are doing their best to make interoperability happen. That data doesn’t become wisdom unless it’s shared. All the right things.

While our industry is figuring things out, do a simple test the next time you see a doctor at a hospital. Open your iPad and show the cat videos your family took last year. Ask if your doctor can do that with your medical records.